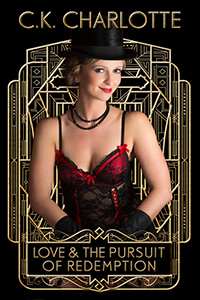 Book #3 in the Love and Pursuit Series

James Arthur, one of the wealthiest men in England, has never married. None of the women he meets compares with Margarite; but, he believes his position as the Second Duke of Donovan requires him to marry a member of his own class.

Margarite is charged with murdering her playboy husband and enlists James’s support. As the two former lovers strive to prove her innocence, they find themselves re-examining their relationship and rekindling their passion. Can a former French courtesan and a British duke overcome class prejudice and prevail against the criminal justice system to find happiness?